Not only will you find some of the best ribs in the world at Ribfest,

but you'll also get to enjoy music from more than 10 bands ranging from local artists to nationally touring legends!

are proud to present 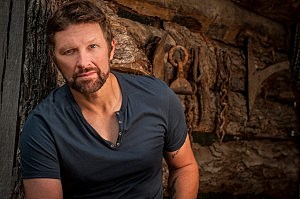 There is no one like him. Craig Morgan's resume is one of the most varied and impressive on earth--soldier, sheriff's deputy, EMT, adventurer, TV host, motocross racer, outdoorsman, farmer, family man. And then there is the career that ties it all together.

"Music is like a center for all those things," says the man known as one of country's best singers and songwriters since "Almost Home" put him on the map in 2002. "It's the outlet for me to express everything I am. When I'm riding my dirt bike, you may not know about my music, and when I'm in a military environment, it's not the center point. But my music career allows me to talk about and be a part of all of those other energies in my life. When I'm on stage, I get to express all of it."

"Where I've been" constitutes one of the most familiar and respected careers in modern music. In addition to "Almost Home," which brings pathos, compassion and nostalgia together into a classic country song, Craig's catalog includes working-class anthems like "Redneck Yacht Club," "International Harvester" and "More Trucks Than Cars"; real-life love songs like "Tough" and "This Ole Boy"; and one that hits on pretty much every theme Craig brings to the table--"Little Bit of Life." Then there is "That's What I Love About Sunday," a six-week chart-topper whose love of American life in the biggest and smallest senses made it the most-played song of the year in 2005. 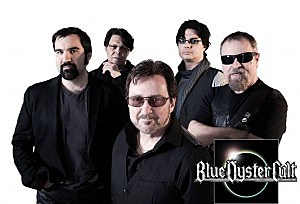 For over four decades, Blue Öyster Cult has been thrilling fans of intelligent hard rock worldwide with powerful albums loaded with classic songs. Indeed, the Long Island, NY-­‐based band is revered within the hard rock and heavy metal scene for its pioneering work. Blue Öyster Cult occupies a unique place in rock history because it's one of very few hard rock/heavy metal bands to earn both genuine mainstream critical acclaim as well as commercial success.

The band is often cited as a major influence by other acts such as Metallica, and BÖC was listed in VH1's countdown of the greatest hard rock bands of all time.

Upon the release of BÖC's self-­‐titled debut album in 1972, the band was praised for its catchy-­‐yet-­‐heavy music and lyrics that could be provocative, terrifying, funny or ambiguous, often all in the same song. BÖC's canon includes three stone-­‐cold classic songs that will waft through the cosmos long after the sun has burned out: The truly haunting "(Don't Fear) The Reaper" from 1976's Agents of Fortune, the pummeling "Godzilla" from 1977's Spectres and the hypnotically melodic "Burnin' for You" from1981's Fire of Unknown Origin. Other notable BÖC songs include "Cities on Flame with Rock and Roll," "Then Came the Last Days of May," "I Love the Night," "In Thee,""Veteran of the Psychic Wars," "Dominance and Submission," "Astronomy," "Black Blade" and "Shooting Shark."

We realized we're a 'classic rock' band. That's what we are, that's what we do best, that's what we know. The band members are proud of BÖC's classic sound, and pleased the band is creating vibrant work for disenfranchised music lovers who don't like the homogenized, prefabricated pop or sound-­‐alike, formulaic rap-­‐metal, which monopolizes the radio airwaves and best-­‐seller charts.

BÖC has always maintained a relentless touring schedule that brings new songs and classics to original fans and, as Bloom puts it, "teen-­‐agers with green hair.

Music defines Chase Bryant. At every level his truths are expressed in melody, lyrics, hooks and sounds ... but his reality goes even deeper than that. Bryant's heritage is defined by music. His upbringing, his craft, his inspiration and his obsessions are all centered in the same. How else could a 22-year-old be a top-flight guitar player, head-turning songwriter, RED BOW recording artist and co-producer of his debut album.

Raised in Orange Grove, TX (pop. 1,200), Bryant’s grandfather played piano for Roy Orbison and Waylon Jennings. His uncles co-founded the group Ricochet. Conway, Merle, Petty, Vince, Bob Wills, Steve Wariner, Bryan Adams and more were early influences as were records by Keith Urban, Sarah Buxton and Jedd Hughes. “Those records told me that I could be a mainstream country artist and also write guitar riffs that would stick in somebody’s head,” says Bryant.

Bryant’s guitar-wielding Top 10 debut single “Take It On Back” has reached ONE MILLION combined views on YouTube/ VEVO, spent 14 consecutive weeks on the CMT Hot 20 Countdown and is a GAC Top 20 Country Countdown video. “Take It On Back” was a Top 20 Billboard Hot Country Song in the U.S. and a Top 20 Most Watched Video on VEVO TV Nashville. Internationally, the single is a Top 20 hit in Canada and soared to become the #1 video on Australia’s CMC Countdown.
Bryant’s new single, the up-tempo rocker “Little Bit of You” is already earning rave reviews ahead of its official March 30 radio impact date.
The musical maverick has been named an “On the Verge” Artist by USA Today and iHeart Media; a “Hot Star” by Pollstar; one of “10 Country Artists You’re Going To Love” by Teen Vogue; “One of the Best Things We Saw at CMA Fest” by Rolling Stone; “a superstar in waiting” by Taste of Country, a “Next Big Thing 2015” Star by MusicRow Magazine as well as an “Artist to Watch in 2015” by The Huffington Post, Nashville Lifestyles, Taste of Country, Roughstock, Country Music Is Love and many more. Bryant will join Tim McGraw’s Shotgun Rider Tour in Summer 2015.
Despite exceptional achievement for someone so young Bryant sees little difference between himself and the audience. "We're all fans," he says. “The music is our connection. I’m just the guy with the guitar. If I wasn't, I'd be the guy on the front row with his arm around his girl raising a glass to the guy onstage. No question. It's just who I am. Music is everything."